Why I Joined Blameless - Afif Mohd-Amir

Growing up, I always had a pretty wild imagination, drawing up the craziest of ideas and sharing them with my friends. That process of idea sharing almost always went like this:

Poor soul(s) having to listen to me, rolling their eyes before finally asking “What now, Afif?”

Afif: It's always hard to find out if it's worth going to certain basketball courts right? What if we could track all the pick-up basketball games that were going on in the city? You could see a list of all the outdoor courts, how many people are there in real time, how many games you’d have to wait before you’d get to play, and even sign up your own team through the app?

This was pretty much how it went for a good bit of middle school all the way to college. I had an idea, I shared it with people and... that was pretty much it. It wasn’t until college where I had an epiphany: I could turn these ideas into reality. I boiled it down to two options: 1. pay someone to build it with the money I didn’t have, or 2. try to build it myself. With option 1 being ruled out by a landslide, I started on option 2. I took courses through teamtreehouse, Udemy, and Codecademy to teach myself a bit of html, css, and javascript. I quickly learned that what I saw in Hollywood about developers couldn’t be further from the reality of software development.

As I entered the workforce, I came to realize how much more complex and difficult programming was. These complexities spanned from things like how to deliver software (waterfall vs. Agile) to balancing reliability with feature development (Site Reliability Engineering).

My first job out of college was with PNC as a business analyst on a team that was piloting Agile Software Development. The pilot project was undergoing what is commonly referred to as Agile transformation, and many companies in various industries were transitioning to this new way of developing. Agile software development has now become a baseline practice for any company looking to survive these days. Whenever a new baseline is set, it's been my observation that a new one trend is on the horizon, one that sets good companies apart from great ones. And it is my belief that this next trend is Site Reliability Engineering.

Having graduated from Ohio State University with a dual major in operations management and marketing, I had a general understanding that operations was typically associated with cost cutting and maximizing efficiencies. It was almost always the last thing that people thought about, since, generally speaking, operations was not a customer related activity. But if you look to today’s most successful companies, you’ll notice that they have the highest standards of operational excellence amongst their peers.

But if you look to today’s most successful companies, you’ll notice that they have the highest standards of operational excellence amongst their peers.

Amazon is a great example of this! Imagine paying for Amazon Prime and getting your package in 3 days. I mean the audacity right? Or what about the classic instance of checking Google to see if your internet is down? These companies have put their customers front and center of their operations without batting an eye and I think as more companies look for ways to be more customer centric, they’ll find that SRE is that solution.

The thing that interests me the most about SRE is that it adds an additional lens to operations. Operations has shifted beyond just cost cutting and maximizing efficiency, to understanding your customer and the implications of the lack of operational excellence.

Prior to joining Blameless, I was an SRE Product Owner with Siemens PL. My main objective as an SRE Product Owner was to help evangelize SRE with various product teams. As part of evangelizing, I’d have to teach audiences about what SRE was, guide them through how to get started, and help connect them with tools that’d make doing SRE easier. I often explained to teams that SRE is a customer-centric approach to achieving operational excellence. When implemented correctly, SRE can help companies/teams:

As mentioned before, I believe that Agile transformation is past its peak. These days, companies are either doing it, or are waiting to be disrupted by start-ups who have successfully implemented modern manifestations of Agile, like DevOps and SRE. With Agile being the new baseline, I think an “SRE transformation” of sorts is going to happen where the baseline is again looking to be pushed in order to appease the growing demands of the modern customer.

When you look at all the different products and offerings in the marketplace in the realm of software operations, you’ll see dozens of companies. But for me, none quite had the vision that I think Blameless will achieve. Much like forming a new habit, the hardest part about SRE is getting started. Where do you start? How does it look? Am I doing it right? Ahhh, that's too hard, let's take this shortcut. I think that Blameless has a real opportunity to help teams large and small start their SRE journey, from mapping critical user journeys, all the way to helping teams embrace failures for the learning they bring.

Just a quick shoutout to Darrell Pappa who has been a fantastic friend, teacher, and mentor. Thanks for opening the world of SRE to me. 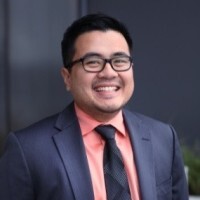 Afif has worked as a Scrum Master, Product Owner, Customer Success Manager, and Site Reliability Engineer across a variety of companies ranging from Fortune 500 companies to startups.